Liverpool Women’s has been successful in winning the “Taking Research into Practice” award at the recent North West Coast Research and Innovation Awards 2019.

The WOMAN Trial was a large, international, double blind placebo clinical trial examining the use of tranexamic acid to reduce maternal deaths and improve outcomes linked to excessive postnatal bleeding. Liverpool Women’s Hospital was a collaborator site.  The WOMAN Trial was co-ordinated by the London School of Hygiene and Tropical Medicine.

Postpartum haemorrhage (PPH) continues to be a leading cause of maternal morbidity and mortality across the globe. Tranexamic had been used safely in other bleeding conditions and in some European countries had been used as a first line management for PPH for many years. However, prior to the WOMAN Trial there was limited reliable evidence on the effectiveness of tranexamic acid in the treatment of post-partum haemorrhage.

Professor Alfirevic acted as a clinical expert on the overall trial protocol, in addition to being the local study lead at LWH. Gill Houghton was the lead research midwife, and together with Michelle Dower, Heather Longworth and Angela Kerrigan (research midwives), worked exceptionally hard to ensure the smooth running of the large-scale study. The Obstetricians and Midwives on Delivery Suite played a key role in actively recruiting participants and administering trial drugs.

The study findings were published in April 2017 and found that the administration of intravenous tranexamic acid within three hours of birth reduced mortality by 31%. Since then the use of tranexamic acid has been recommended as a first line treatment of PPH by the World Health Organisation. Liverpool Women’s have led the way by being an early adopter of the use of tranexamic acid as a first line treatment for PPH. The hard work and dedication of the research and clinical staff who worked on the WOMAN Trial have played a key role in the development of such strong evidence surrounding PPH management. The impact of such evidence in practice will only become apparent over subsequent years, but the results of the WOMAN Trial suggests that maternal outcomes related to PPH will improve massively across the globe.

Get in touch with the Liverpool Health Partners team 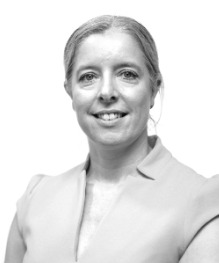